Welcome to my first SFATW post! For those of you who are unaware of what this means, here’s a quick recap:

Souvenirs From Across The World (SFATW) is a feature created by Marie@Drizzle & Hurricane Books to get to know each other a little better, focussing especially on where we are all from, and share a bit from our countries, cities, cultures, traditions, writers, and authors while we’re at it.The main goal of Souvenirs From Across The World is to create a link between all bloggers, from everywhere, and to share a bit of the diversity that makes everyone unique on the blogosphere.

Because my hometown is nothing but a little shitling on the map of Holland and I don’t want everyone on the interwebz to know where to find me, the hometown option was a no-go zone. So I made a list of beautiful/fascinating places/things for tourists to go to when it hit me: my most favourite place EVER happens to be in Holland as well. And because there are just too many awesome things to show you and tell you about, I decided to dedicate this entire post to it.

Let’s all just pretend that this is my hometown for today and let me welcome you to the fabulous world of:

Wait, what the heck is this? Is she talking about a theme park?! Yes, but no; the Efteling isn’t just some kind of theme park.

“It’s is a fantasy-themed amusement park in Kaatsheuvel . The attractions are based on elements from ancient myths and legends, fairy tales, fables, and folklore.

The park was opened in 1952. It has since evolved from a nature park with a playground and a Fairy Tale Forest into a full-sized theme park. It now caters to both children and adults with its cultural, romantic, and nostalgic themes, in addition to its wide array of amusement rides.

It is the largest theme park in the Netherlands and one of the oldest theme parks in the world. It is twice as large as the original Disneyland park in California and antedates it by three years. Annually, the park has more than 4 million visitors. Over the years, it has received over 100 million visitors.”

It’s (as they happen to advertise it themselves as well) a world of wonders that I’ve been visiting since I was like, three years old. You’d think the magic would have lost its spell over me by now, but hells no, I’m still occasionally having nightmares about going there and not being able to see everything in time before the park closes.

After a mere 30-minute car ride with music from the Efteling CD blasting out of the speakers, we arrive at the entrance:

Now isn’t that a sight for sore eyes already?? (yes, please ignore the obvious tourists in clothing from the ’90’s here)

With 4 million visitors a year, Efteling is the most popular day trip in the Netherlands and one of Europe’s leading theme parks.

Here’s a little bit of history before I take you through the gates of AWESOME. (Don’t worry, I won’t add every little detail because it would bore the crap out of you)

In 1933, Chaplain Rietra and Father De Klijn come up with a plan to create a sports ground to the south of Kaatsheuvel.

Two years later, on 19 May 1935, the Roman Catholic Sports and Recreation Park opens, comprising a football pitch, two training pitches and a playing field. A year later, these are joined by a playground with a merry-go-round, a tall slide, a zip wire and a pony trekking course.

In 1950, Mayor R. J. Th. van der Heijden, Peter Reijnders and Anton Pieck establish the Efteling Nature Park Foundation. Its aim is to encourage “the physical development and recreation of the residents of the Loon op Zand municipality, and to promote tourism to and within the municipality, all in a catholic spirit”.

Even though it doesn’t contain any roller coasters or attractions with special CGI techniques (edit: it actually does in a couple of fairy tales) and whatnot, one of the absolute must-sees is The Fairytale Forest.
Efteling is known as the custodian of fairy tales in the Netherlands. And with good reason. Where else would you find so many fairy tales in the same place? There is much to learn about fairy tales.

The Fairytale Forest opened on 31 May 1952 and is now a 15-acre (61,000 m2) wooded section where a number of well-known fairy tales and fairy tale figures are depicted by animated statues and buildings. Most of the figures are inspired by the Brothers Grimm, Hans Christian Andersen, and Charles Perrault.

Here’s a small impression of what the Fairy Tale Forest looks like today:

Of course, this is only a small representation; you can see the full selection of fairy tales in the forest HERE.

The entire park is divided into five realms. One of them is the entree which is kinda weird but all for the sake of being able to find things easily I guess. Although the park was not built with these divisions in mind and the names may seem cryptic, they do make sense. The other four themed realms are:

(the Fairytale forest is also part of this)

This is where the rough stuff happens…

It’s really hard to pick one because everything is so amazing, but I can never get enough of The Bird Roc. It’s an indoor rollercoaster which is completely in the DARK. The story (because there’s a story to every attraction) is based on the adventures of Sinbad. In this particular scenario, he’s hanging from one of the feet of a Roc while it’s flying through the night sky. So while you’re flying through the dark atness 65 km/h with a 3.5 g force, you occasionally see stuff like floating crystals and a bird’s nest. No cool photos here because, you know, darkness and all.

I’d have to go for the Baron 1898 here because I’ve never been on it. Not because I didn’t have the chance to but because it’s a dive coaster and it just looks too terrifying in combination with my dizzy spells at the moment. 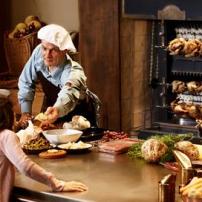 And, of course, when it’s winter (the park’s open all year) and the entire park transforms into a winter wonderland, there are sausage stands on every bloody corner. Pork sausages, mind you, which I’m allergic to!

I could go on and on about this fantastic place , but I won’t. You can bury me here is all I’m saying. Here are some pictures of me at the Efteling when I was still a little turd. 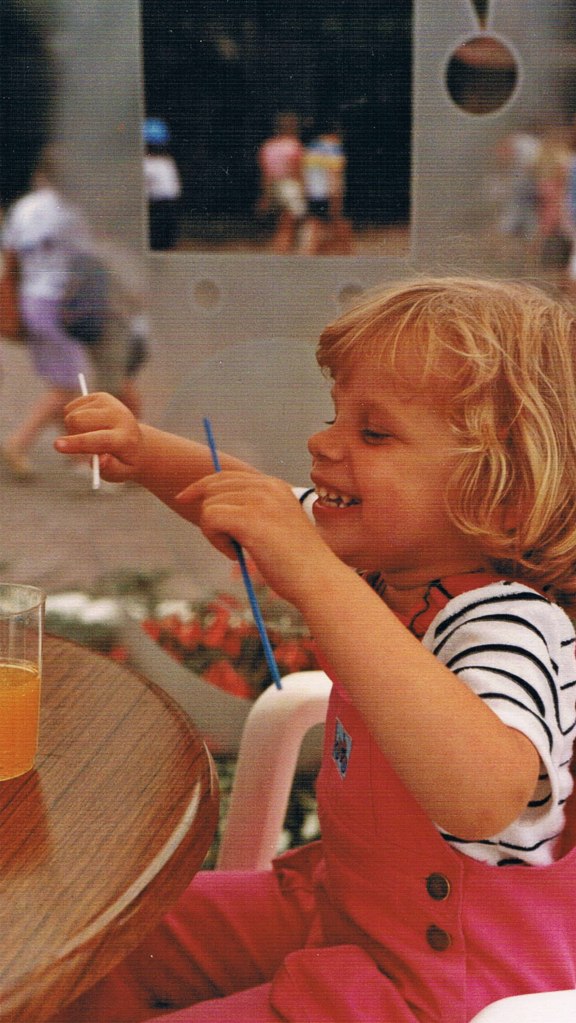 I particularly like the shocked dramatic look I’m giving here while my sister hauls me out of this giant mushroom. Even looks like I might’ve just shat myself as well…

So now you know it: if you ever visit Holland, forget about Amsterdam and go here instead! There might not be any marijuana for sale (not that I know of, at least) but there are plenty of shrooms and mirages at the Efteling to make up for that.

For better pictures, videos, and information, go
to: https://www.efteling.com/en

60 Comments on #SFATW: Things I love about Holland: the Efteling

Graphic Fridays: Princeless Vol.1: Save Yourself by Jeremy Whitley & M.Goodwin