To be completely honest here, I initially went for this book because the author’s the co-creator of Avatar. Simple as that. I devoured Avatar and The Legend of Korra and am desperately hoping for a third series about the next (or preferably one of the previous) avatar(s). Even though it looks a little like there’s some airbending taking place on the cover up here, Rebel Genius has nothing to do with the Avatar world. For this book, the author was inspired by a wholly different concept: art is magic.

A new fantasy-adventure series from the co-creator of the hit animated shows Avatar: The Last Airbender and The Legend of Korra!

In twelve-year-old Giacomo’s Renaissance-inspired world, art is powerful, dangerous, and outlawed. Every artist possesses a Genius, a birdlike creature that is the living embodiment of an artist’s creative spirit. Those caught with one face a punished akin to death, so when Giacomo discovers he has a Genius, he knows he’s in serious trouble.

Luckily, he finds safety in a secret studio where young artists and their Geniuses train in sacred geometry to channel their creative energies as weapons. But when a murderous artist goes after the three Sacred Tools–objects that would allow him to destroy the world and everyone in his path–Giacomo and his friends must risk their lives to stop him.

After just having read (and reviewed) Magonia, this is the second book in a row which has bird familiars in it. The birds in this one, who are called Geniuses, are definitely a lot more believable than the birds from Magonia.

In Latin, a genius meant a guardian spirit, either of a person or a place, and was credited with an artist’s remarkable creative powers.

The birdlike appearances of the Geniuses were inspired by the Hindu and Buddhist imagery of Garuda, a divine human bird that is often depicted with a jewelled crown. 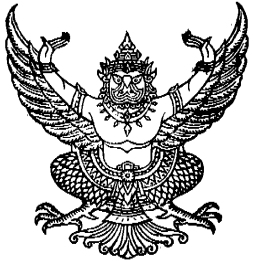 The Geniuses here don’t have any physical human traits, though; they’re ‘simply’ birds. With integrated jewelled crowns. And when they grow up, they get to be the size of a modest dragon. Yeah, I thought that was pretty neat as well. Oh, did I mention they can shoot stuff with laser beams from their crowns? Even neater huh?

Now that we’ve dealt with the concept of the Geniuses, let’s take a closer look at the storyline.

Giacomo is an orphan, living in the sewers of the capital because he doesn’t want to end up in the orphanage. The realm he lives in is being ruled by a female dictator who calls herself The Supreme Creator. All Geniuses, apart from her own, have been hunted down and destroyed because she saw them as a threat to the realm. Because each Genius is spiritually connected to a human, we can see a similar thing happening here as in Philip Pullman’s His Dark Materials series. When the connection is broken (in this case, by killing the Genius) the human will mentally wither away until there is nothing left but an empty shell. Kind of a zombie if you will, without the being hungry for brains part.

When Giacomo gets a Genius all of a sudden, he knows he’s in even more trouble than before. Until he meets three other children who also still have their Geniuses.

The four children set out on a quest to be able to find the Sacred Tools first and bring back peace to the realm by taking down both of the villains.

I told myself not to make any Avatar comparisons here, but…I never listen! The children each have their own special power and can defeat many foes by combining their strengths. Just like the original Avatar group. Giacomo is the special one because he’s able to tap into a source of power that’s basically impossible to tap into, let alone without years of training.

A fantasy version of Renaissance Italy where art is everything. An interesting concept but I don’t care a lot about art history or paintings myself, so *shrugs*.
Then there’s the question of how there can still be so many citizens if the extermination of the Geniuses should be equal to that of the humans eventually. These people who are walking about simply never had a Genius to begin with? Or were they taken away at a very young age, so it would have less of an impact?

I had some issues with the paint brushes and other artsy equipment being used as a magic wand. I have to hand it to the author that it’s certainly creative, but it just sounds like so much work! You have to draw the right lines or play the right notes and hope your Genius picks up on it and transforms it into something useful by using the diamond in his crown.

The character I liked best is Zanobius, a Tulpa created by Ugalino. He’s created after the likes of Da Vinci’s Vitruvian man.

Zanobius has four legs, four arms, and is almost indestructible. He has been designed to follow direct orders from Ugalino, but has a mind of his own as well. Zanobius and the children are all main characters in this book.

The children were alright, if not a bit flat. Giacomo was a bit of a grumpy, can’t-make-up-his-mind-character during the first half of the book, but luckily this changed later on. If I had to compare these kids to the ones from Avatar, these are even ridiculously dull. But I wouldn’t do that now, would I?

The writing is alright, though I did get bored a couple of times and had to put the book away to read something else instead. I sometimes felt like it would serve a better purpose as a TV-script instead of a book. Some of the descriptions did, at least.

Several puzzles must be solved to find the Sacred Tools. There are illustrations in the book to help the reader with solving these puzzles as well. Like a game of Professor Layton, but easier. Or well, I sometimes couldn’t follow it entirely but that might just be me being stoopit. The ending was alright, yet the quest has definitely not ended yet for the children, meaning this is the first book in a series.

A fun book for Middle-Graders with nice illustrations. Magic, art, science, and religion are all intertwined which is a cool idea but didn’t always do it for me. I’m giving it three brownies because I liked it, but wasn’t swept off my feet.

Thanks to the publisher for providing me with a copy of the book via NetGalley in exchange for an honest opinion!