After having eyed this tag for months now on other people’s blogs, Cindy finally managed to encourage me to do it as well. And 15 minutes my arse!! 😉

1. Do you sleep with your closet doors open or closed?

Closed, definitely closed. God knows what skeletons might come falling out after midnight. Or shoes…mostly shoes.

2. Do you sleep with your sheets tucked in or out?

I always preferred them to be tucked in, but for the past two years or so, I fold them over my feet, so they are technically still tucked in, but not really?

I haven’t, but I’ve been SO tempted to steal this one for years now:

It literally means porridge land and I just love porridge.

4. Do you cut out coupons and never use them?

Yes. I also have several tins full of those points you get with tea bags. Some of them passed on to me by my grandma. One day, I’ll pass them on to my children or grandchildren.

5. Would you rather be attacked by bears or bees?

6. Do you have freckles?

7. Do you always smile for pictures?

8. Do you ever count your steps when you walk?

9. Have you ever peed in the woods?

This question should be: where have you not peed? What? I have to pee a lot, so I really can’t be picky anymore.

10. What about pooped in the woods?

Okay, pooping is a whole different level there, cowboy. If I did, it must’ve been when I was really young and deliberately blocked it from my memory.

11. Do you chew your pens and pencils?

Not anymore. I chew a lot of gum while blogging. I read somewhere that it’s good for keeping your cortisol levels low.

Of course, it is! I’m not saying I’m attracted to these guys, though. Usually (being very prejudiced here, I know) if a guy wears something pink, it either means he’s gay, he’s being dressed by a woman, or he’s a hipster.

14. Do you still watch cartoons?

Hell yeah, why wouldn’t I?

15. What do you drink with dinner?

If I drink something with my dinner, it’s just half a glass of water. I usually don’t drink anything at all, though, because of #9: I pee a lot and don’t want to end up in the woods if I can do anything to prevent it.

16. What do you dip a chicken nugget in?

Desserts. I love the idea of a desserts-only restaurant.

No, but when it comes to the level of nerdiness, does going to Sunday school (voluntarily; my parents aren’t religious at all) and being a member (okay, and founder) of the Dead Bird Club count?

19. Would you ever strip or pose naked for a magazine?

I don’t think I’d be able to face any of my family members afterwards. So nope.

20. Have you ever gotten a speeding ticket?

Twice. And I was only going 5km/h too fast. Bureaucratical bastards!

22. Best thing to eat for breakfast?

I try to go to bed at 10pm, but now that it’s a holiday, it goes up to 11pm quite often, which I’m bummed about. Not because I’m a morning person, by the way, (I am totally not) but because I have a sleeping disorder which is treated best with strict bedtimes. *sighs*

I can’t hang around on my couch all day without doing something, let alone lie in bed all day for the hell of it. So in that aspect, I’m not. I am when it comes to doing certain chores, though. Or maybe that’s just called reluctantly lazy? 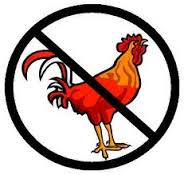 26. How many languages can you speak?

Dutch – fluently
English – almost fluently
German – I can understand about 90% of what’s being said, but I mix it up with Dutch way too much to be a comfortable speaker of it myself
French – moderately: high school level
Italian – moderately: I passed my B2 level about 3 years ago, which means upper intermediate, but I seem to forget things rather quickly again lately, so meh
Arabic – I studied Arabic for about three years in total on a university level, so I should know this pretty well. Sadly, this was over 10 years ago and I remember jack shit about it. I promised the Syrian refugees who moved in next to my parents to go and help them out with learning Dutch, but I’m just too embarrassed to go over there with my incredibly crappy level of Arabic at the moment. I can still read and write it, though!
Moroccan – an Arabic dialect of which I can remember more words than the actual Arabic itself, but still, suckedy-suck
Danish –  I passed my A2 level. Can’t for the life of me pronounce anything with a ‘g’ or a ‘d’ in it.
Turkish – also passed my A2 level

As you can see, I have a passion for languages but almost everything is just really, really rusty.

27. Do you have any magazine subscriptions?

Not at the moment.Every once in awhile, I try a subscription to something I find interesting. From historical magazines to psychology magazines, and the most recent one: New Scientist. The thing is, I never get to reading them? So then I have to go through all the effort of writing a letter to cancel it…

29. Are you afraid of heights?

Not necessarily afraid, but I can’t say I  would truly enjoy living on the top floor of a skyscraper (for a multitude of reasons, though).

Only when I’m alone in said car and that’s almost never. I’m a whistler, though!

Yes, especially when one of the songs of Barney Stinson’s Get Psyched list is on the radio! SHOT THROUGH THE HEART!! \m/

Does a super soaker count? Gosh, I’ve never even seen a real gun!

33. Last time you got a portrait taken by a photographer?

Two years ago, we did a family portrait of the ‘kids’ (plus our dog) for my parents-in-law. I’m not going to post it here for privacy reasons and the fact that I look fat on it, but I can tell you this: https://how-old.net/ estimated me to be 14. \o/?

34. Do you think muscles are cheesy?

What kind of question is this? Why would muscles be cheesy?!

36. Occupation you wanted to be when you were a kid?

Either a newsreader on TV, an archaeologist, a zookeeper, or join the national marine! Oh, and a writer.

I try very hard not to! But don’t make me watch one of those ghost hunter reality shows. I once saw an episode of something similar yeaaaars ago and it still haunts (heh) me to this day.

Oh man! I’ve been to quite a few, so I’m not entirely sure, but I think it might’ve been Tori Amos. I went to see her four times in total so that ups the chances as well.

Nike Air Max are still by far the most comfortable shoes I’ve walked in. I might look like a chav with them, but comfort goes a long way. 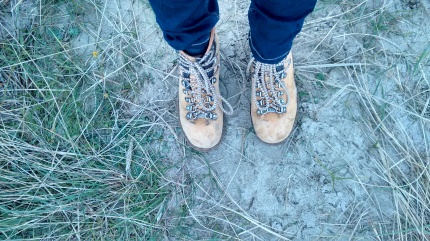 Sweet baby Jesus, yes, and I prefer not to talk about it. It was absolutely horrible!

Not anymore. I used to burn it a lot, but then I realised something…I mean, is it just me, or do all those incense sticks just smell the same? Like…something’s burning basically? I never went for the cheap ones, quality > price, but really, is it just me?? The only noteworthy result I had was after burning them and my room would smell slightly of sandalwood or something. But during? Never.

Oh geez, that’s a tough one! I’d still like to see Muse but tickets to their concerts are ridiculously expensive. Call me an old fart, but I still want to see Bryan Adams or Bon Jovi as well. I love their music so why the heck not? I don’t know if Modern Talking is still performing. If they are, hot damn, totally missed an opportunity there when it comes to that wedding band!!

Yes, you’re very welcome for being shown yet another gem of a video.

I like’em both, but I drink hot tea three times a day, so hot tea it is.

Tea, hands down. I don’t like the taste of coffee plus caffeine makes me go nuts. I do, however, like the smell of coffee. I worked in a Fair Trade shop where I was guilty of sniffing out the bags of coffee by squeezing out the air through the little valve. Until there was no air left and then moved on to the next bag.

I’m very patient, actually! Yet when I am done with waiting, I’m done with it for good.

I got married last year and we had neither of these because it would be yet another stranger added to our wedding, which we both felt uncomfortable with. So we put together a mix tape of all kinds of silly songs plus some good old Irish drinking songs. For the ladies, of course.

49. Which are better, black or green olives?

Depends on what you’re eating them with. If it’s simply olives, I’ll go for the big green ones. If it’s on a tuna pizza, black ones are delicious.

50. Would you rather live in a fictional world or the real world?

Since I already have enough trouble with keeping my feet firmly planted in the real world (I’m such a dreamer), I prefer the real world. As long as I can read to mentally escape to a fictional world!

Whew, I made it momma! If you haven’t done it yet and feel like doing this tag as well, please don’t shy away from it like I did at first. It’s really fun and I’d love to read your answers! 🙂

21 Comments on The 50 Questions Tag