I meant to read and review this one before the publishing date, but when it was the time to do so, I couldn’t find it on my Kindle and, in the meantime, the book had been archived on NetGalley. Some cursing took place and, after that, I wrote a note to the publisher, apologising for my stupidity. A month or so later, I found it in my Kindle cloud section. Facepalms all the way.

“Blue Riley has wrestled with her own demons ever since the loss of her mother to cancer. But when she encounters a beautiful devil at her town crossroads, it’s her runaway sister’s soul she fights to save. The devil steals Blue’s voice—inherited from her musically gifted mother—in exchange for a single shot at finding Cass.

Armed with her mother’s guitar, a knapsack of cherished mementos, and a pair of magical boots, Blue journeys west in search of her sister. When the devil changes the terms of their deal, Blue must reevaluate her understanding of good and evil and open herself to finding family in unexpected places.“

The story kicks off right away: at the crossroads where 17-year-old Blue is about to make a deal with the devil.

(The synopsis reminded me of this great episode of Supernatural. Has anyone else seen this one?)

All she wants is to find her sister. When the devil (a gorgeous woman in a red dress) shares a passionate kiss with Blue, the deal is sealed: Blue now has six months to find her sister. If she finds her in time, both of their souls will be saved. If she fails, both souls will be doomed for eternity. What the devil didn’t mention before the saliva swap was that Blue is going to have to do this without being able to use her voice. So, packed with a pen and a notebook, a backpack, her mother’s old guitar, and a pair of magical, but painful boots, Blue sets off on a journey to find her sister.

The first 10% were so ridiculously good that I was dreading the usual: things turning to shite rather quickly after that. Guess what, though? It didn’t happen! 25% -> still good. 50%-> still good. 75%-> still good. I slept like shit for two nights because I could not put the book down.

Blue meets some fascinating people on her journey. Some of them are kind and helpful, others just downright nasty. There’s a gay homeless guy named Steve who travels together with Blue for a while. And somewhere along the way, the devil (who keeps showing up to remind Blue she needs to keep on moving) decides to spice up the pact again: Blue can’t stay with people who know her real name for longer than three days. If they don’t know her name, she can stay with them for a maximum of three weeks. If she surpasses the time limit, bad things will happen to those people. You might think this is easily doable, but if you read this book, you’ll see that it isn’t.

Without having any money for food, shelter or transportation, Blue’s journey is a very hard one. And then there are the psychos who are after homeless children. I felt so lucky never to have been in a situation where I had to sleep on the streets and just hope that no one rapes or kills me after dozing off.
This bit plus the race against time makes this story fast paced, exciting, and scary.

Then there’s the musical element which is firmly present in this book. Blue’s mother used to be in a famous band before she died, and Blue and her sister have inherited the music gene for sure. The guitar is so important to Blue that she would rather risk her life for it instead of losing it. There are many other musicians in this book and an underlining message of how music empowers the soul. Together with the music, there are some powerful emotions in here as well. Dealing with the loss of a parent, or the loss of a part of your life which you can never return to.

Homosexuality is also a recurring theme and while most of it comes across as something perfectly natural, there are also parts where it shows just how hard it can still be when it comes to being accepted for who you are and what you stand for.

While I was fangirling away and happy to finally give something five stars again, I reached 90% of the book and… 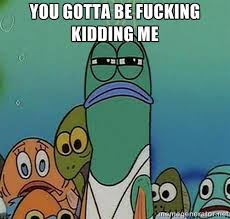 I won’t go into this much because I don’t want to ruin anyone else’s reading experience with it, but JAYSUS, THAT WAS DISAPPOINTING!! I’ve noticed before that magic realism isn’t my cup of tea and this just proves that once more. Symbolism my arse. Luckily, it was only in the ending, so I’m giving this book four brownies and can highly recommend reading it (and skipping the last 10%).

Thanks to Amulet Books for providing me with a copy of this book via Netgalley in exchange for an honest review. Apologies for the hassle!

21 Comments on Devil and the Bluebird by Jennifer Mason-Black