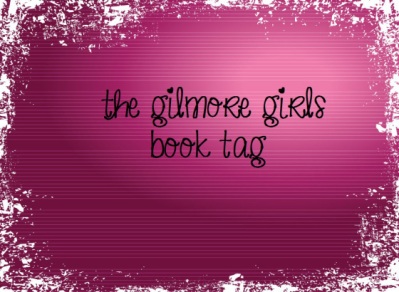 When I saw this tag over at Sue’s Reading Corner, I practically squealed with delight. If you’re relatively new to my blog, you probably haven’t been pestered with this yet, but I’m a HUGE Gilmore Girls fan. So I’m dropping all my other activities for the day for now to do this tag. I’ll probably be going for a lot of books I read more recently because I suck at this ^^

1. I JUST GOT HIT BY A DEER –
A character having the worst day ever

I’d have to go with Dan Hilles from the Sex, Love and Dating Disasters series here. It’s not just one day, though. Dan has had a pretty fair amount of ‘worst days ever’. Chased by a lunatic with a baseball bat, being attacked by a dachshund…the fun never ends for Dan.

Every Heart a Doorway had some of the most interesting fictional characters as well.

3. COFFEE –
A book you’re addicted to/a character with an addiction

A book I have listened to so many times it could be called an addiction (and which also features a character with an [alcohol] addiction)is Bill Bryson’s A Walk in the Woods. This book is just so damn good.

4. SOMEONE DEVIL EGGED MY CAR?! –
A great act of revenge

I read so many books about revenge in one way or the other, but if I have to name a great act of revenge, I’d go for Carrie. Pigs blood? Take that bullies!

When I think of improper affairs, I’m thinking of Love Life (Komt een Vrouw bij de Dokter). It’s a Dutch book which managed to ruin one of my vacations because I was just so angry and disgusted with it all. A guy’s wife gets diagnosed with breast cancer. This seems like the perfect time for him to start sleeping around while his wife is slowly dying. It’s based on a true story which makes this even more revolting.

6. KIM’S ANTIQUES –
A world you’d be afraid to enter

I can’t help but think of Margaret Atwood’s MaddAddam series right away. I’ve only read the first book, Oryx and Crake, so far and it scared the living crap out of me. What’s even scarier is that the world the story takes place in is just our own little one after global warming has pretty much reached its peak, and other man-made disasters have ruined the rest for (human) life on the planet. It’s so real and *shudders* suffocating.

7. HARVARD VS. YALE –
A character who needs to make a life-changing decision

I’m going to pick something a little more recent here and go for The Serpent King. Those kids. Dill is the one who needs to make the decision to leave his mother and go to college, but will he actually do it? DU DUN DUN!

If I really can’t seem to fall asleep after hours of trying, I listen to the Librivox audiobook version of A Little Princess because it always brings me great comfort. The power of imagination is magnificent and severely underrated!

9. AM I CRYING OR LAUGHING? –
A book that messed with your emotions

I’d say Screw Friendship again because it REALLY messed with my emotions. I was sort of encouraging incest at one point for crying out loud… However, since I already mentioned this one, I’ll go for A Sunday At The Pool In Kigali. My GOD, this was one tough book to read. One which requires you to stack up on Fisherman’s Friends.

Evil Aunt Anaconda in Warren the 13th and the All-Seeing Eye. I kept hoping someone would kill her already.

I’m thinking of Roald Dahl’s The Witches now because I loved the connection between the boy and his grandmother. It reminds me of the bond I had with my own grandma who would’ve become 105 years old this upcoming week. Still think of her every day, but that’s life eh! 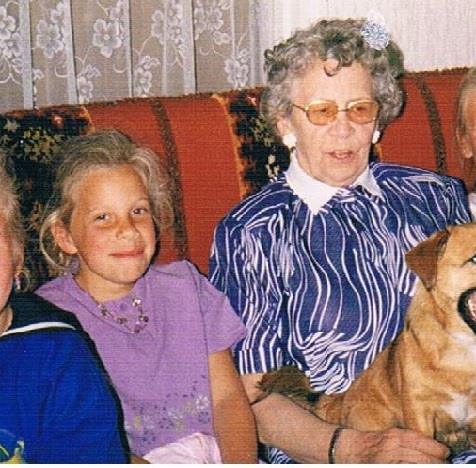 The last book I gave 1 star to, Spiral of Need. Shifter rape is not my thing apparently.

I don’t read a lot of romance but Pride and Prejudice, hands down! (yes Zainab, better start reading it soon 😉

A Discovery of Witches. I gave it 1 star while the majority of the Goodreads community seemed to really like it. There was some fangirling over this book last year and I was looking forward to reading it, but god, such utter shite.

Anything by Charles Dickens will do. Plus I still have to read Dragons of Winter Night by Weis&Hickman.

I just finished a book in this category, Devil and The Bluebird, which I will review this upcoming week, and then there’s Melophobia, which I read a couple of months ago and was absolutely brilliant. A dystopian America in which the government has banned music. Highly recommended!

18. IT’S REPETITIVE AND REDUNDANT –
A book that could have been shorter

Outlander (book 1) was great but my god, it took me forever to finish it due to its unnecessary lengthiness.

I have a top 3 actually:
Rarity from the Hollow about a hillbilly family, child abuse, a cockroach invasion, talking trees, and an Android with masturbation issues.
At Swim-Two-Birds, an Irish book in which the characters are writing about the author, sort of. I actually rather liked this one because there’s a lot of Irish mythology in it plus it’s just downright hilarious at times.
The Dolorous Adventure of Brother Banenose about a monk travelling together with a bear-boy, a pig specialist, a female demon who likes to fornicate with some sort of unicorn, and most of it written in semi-medieval English? I finished this book about ten days ago but still haven’t gotten around to reviewing it because…ugh…

20. IT’S A LIFESTYLE. IT’S A RELIGION –
That one book that means more to you than any other

I have several of those and wouldn’t know which one to pick while still doing justice to the others. There are some books that are shite, but which I’m emotionally attached to, ones I’ve read during hard times, and just a couple of great reads which really had me invested.

Holy shit, this took me way longer than expected! If you read this and want to join in, consider yourself tagged :).

Review: Another Me by Eva Wiseman