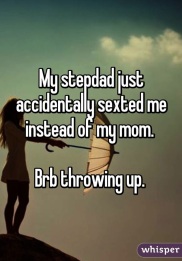 If you think this is awkward, you haven’t read Screw Friendship yet.

I honestly didn’t quite know what to expect when I started reading this. I saw Liis raving about it for awhile now and thought if she likes it so much, it must be a great read! I was NOT disappointed.

Only a few pages in and I was already thinking it to be greatly refreshing after all the Fantasy I’ve been reading this past year again. Even though it’s really nothing like it, it reminded me a little of ‘Two Pints of Lager and a Packet of Crisps’, which I always loved to watch.

He lurks behind the counter in a run-down Edinburgh cafe

… and he’s the last person they want Rosy to meet.

Say hello to Frank. Say hello to a darkly fun mystery with no sleuths, no detectives and (almost) no dead bodies.

Rosy Friendship has become a stalker magnet. This time, the creep is her fellow student and boyfriend, who’s just revealed there’s a hidden message in his tattoo. Spooked, Rosy heads for home, where she thinks she’ll be safe.

Frank Friendship is Rosy’s biological dad, a man nobody’s allowed her to see, a man so monstrous, his own mother has snipped his face from all the family photos. Rosy’s fateful escape from her boyfriend is what sets her on a twisting but sure path to Frank’s gloomy cafe and a heart-stopping encounter.

Soon, Rosy’s wangled a summer job to refurbish Frank’s cafe and rescue it from closure, not realising she’s the one who’ll need rescuing. And this time her problem is far bigger than any stalker boyfriend: Frank. He’s hiding things. Terrible things. There are reasons her mum and stepdad despise the man, and Rosy’s determined digging is about to reveal that everybody in her family — even Snuggy the sausage dog — has beastly hidden secrets. Rosy’s greatest struggle now will be keeping hers.

This synopsis gives us a nice general idea about the story, but there’s SO much more to it. This is one of those books where almost everything you say about it can really lessen the full reading experience, so I instead of going into too much detail, this was MY experience in a nutshell:

The story was so unique, you can’t really mark it down to a single genre. Which is a bit of a risk to take as an author, I suppose, but I can assure you, it turned out great in this book. It keeps you guessing throughout the entire story and gave me some serious brain freeze moments when my own imagination was encouraging some pretty disgusting things to fully blossom.

How amazingly talented R.G. Manse is when it comes to screwing up your entire personal code of morals and values by psychologically tricking you (or well, me at least!).

Apart from all the gasping bits, it’s also such a fun and entertaining read. The characters are all amazing and very well depicted, Frank himself stealing the show by continually surprising me with his actions. (I’m going to put up a spoiler bracket at this part in my Goodreads review version to insert something I noticed, but am still not sure of!) In fact, I’m now thinking these are probably the most interesting and memorable characters I’ve read about in a long time. They are certainly unique and, well, kinda gross!

If you’re a sensitive person who’s easily offended/disgusted and/or doesn’t like to see any swearing in a book, stay away from this one.

For all the other people: read this fucking book, it will fucking blow your mind!

You can even get it for free if you become a registered reader at RG’s website, OR, get it for one dollar (!) at Amazon.com.

I’m giving it 4.5 brownies because I consider it to be close to perfection!

Edit: After my husband just told me he still doesn’t know what the story is about after reading this review…I can’t emphasize enough on how THAT’S THE POINT. All you need to know is the synopsis, the fact that it reads like watching a good British comedy series, and that it’s fucking awesome *drops mic*. 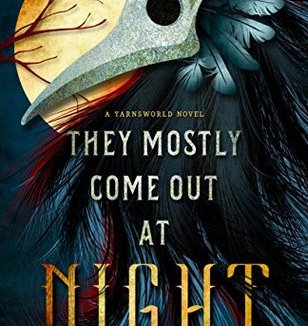 Review: They Mostly Come Out At Night by Benedict Patrick