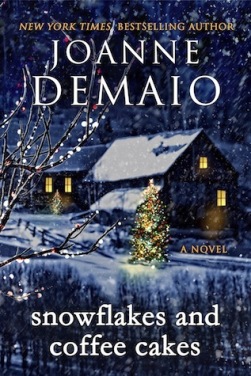 I’ve been looking forward to reading this book for two years now. However, since I didn’t get an e-reader until last year, and couldn’t order a physical copy of the book that could be shipped to my country, I waited. So when I finally got to reading it a few weeks ago, I did all the things I planned on doing while reading it: I put on my hideous, yet oh so comfortable snug rug deluxe, grabbed my favourite tea mug which has a picture of Winnie-the-Pooh’s Eeyore on it, filled it with a special soothing chamomile tea blend which I got from Geneva, popped the fancy chocolate with pecan nuts I’d been saving up for a special occasion, and finally lay my ass down on the couch. Thirty pages in, I thought, “Hmm, this reminds me of chick lit, I hope it’ll get better than this”. A hundred pages in, I was still hoping…

“Reluctant to leave her cherished New England hometown after her sister’s winter wedding, former journalist Vera Sterling makes a sudden decision. She takes what’s left of her severance pay and invests it in real estate … in one particular drafty colonial home and old timber barn set upon the pretty banks of Addison Cove. In that rough-hewn barn, she discovers a secret treasure left behind by the previous owner, the proprietor of the long-forgotten Christmas Barn gift shop.

While restoring her rundown, wood-sided home–its creaking floors, broken bannister, and neglected widow’s walk–that secret slowly unfolds like a bit of snowflake wonder, crystallizing hopes and dreams for many in this small Connecticut town. But mostly for Derek Cooper whose own tragic story has headlined Addison’s news. And whom Vera has come to love.

When the first snowstorm hits during Derek’s annual Deck the Boats Festival at the cove, residents become stranded. It is then up to Vera to not only bring the town together, but to mend one man’s heart she fears she may have lost.”

Let me just start by saying that the best part of the book for me was reliving some Gilmore Girls (of which there’s going to be a sequel on Netflix with most of the old cast members!!) moments. You see, this is how I envision Derek: 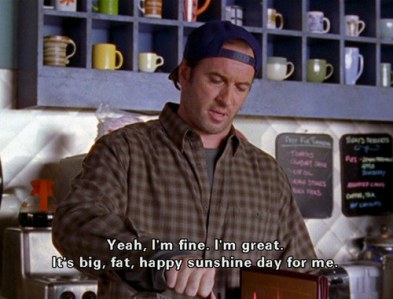 He wears the same clothes as Luke. He has the backwards baseball cap going on. He works in a hardware store, which is technically what Luke did until he turned it into a diner. Even though it’s still called Williams Hardware store. 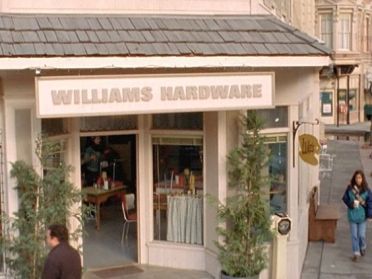 Derek loves working on his boat. So does Luke. Then there’s this scene in which Vera wakes up from Derek fixing her porch on an ungodly hour…which goes a little something like this:

Derek’s a grumpy and bitter guy ever since his 7-year-old daughter died. Luke is ever since his father died. I’m not saying the author was inspired by the Gilmore Girls, it could quite possibly be she’s never heard of the series at all. To me, however, the settings, scenes and characters just reminded me of it in an almost non-stop kind of way.

The difference between the Gilmore Girls and Snowflakes and Coffee Cakes, though, is that I absolutely loved the GG for its hilarious and smart dialogues, which Snowflakes and Coffee Cakes lacks. It makes a huge difference. If Luke’s grumpiness wasn’t expressed through bittersweet sarcasm, I probably wouldn’t like him that much either. Derek doesn’t have a shred of sarcasm in him. It’s all very serious and emo-like.
Now that still wouldn’t be a total turnoff if he wasn’t so selfish and being a total douche to Vera. I get the concept of pushing people away to protect yourself from getting hurt again, but holy cow…

The story is all centered around starting over new and finally finding love and happiness again. Sadly, though, I really didn’t feel the sparks between Vera and Derek at all. In fact, I was secretly hoping she’d run off with another guy to perk up the story a little. The Vera-Derek romance is told in a stilted and cheesy cliché kind of way.

“She quickly steps back and goes to pick up the light the instant he does, their hands touching as they reach for it together”

“It’s just beautiful,” Vera calls out while setting their coffee cups on the hood of his pickup truck. Derek looks over his shoulder. “I was thinking the same about you.”

Now it’s not just Derek who’s being a twat in this so-called relationship. After Derek takes off on one of their dates, being very upset, Vera can’t be bothered going after him. Which is still okay, I suppose, but when she, later on, drives by his house and sees the light on in his apartment (he lives above the hardware store and guess what, so does Luke!), she STILL doesn’t get out to check on him. I don’t know about you, but that wouldn’t be my style if I cared about someone.

I love snow and I initially liked the snow obsession which Vera shares with her father. She and her sister also carry around a mini magnifier during winter, so they can see the snowflakes from up close. I’ve never heard of that before and thought it was a lovely idea. However, after awhile, it gets very redundant.
Vera has the ability to smell and even hear if snow is on its way. See who else has the same ability?

Snowflakes and Coffee Cakes has a lot of coziness incorporated, but it really misses some spice, some flavour. I didn’t care much for the characters and was happy that it wasn’t such a long book to read. After the two year wait, I can only say I was very disappointed. Then again, if you don’t mind a feel good story without any humour and with cliché after cliché added to it, I’d certainly recommend it. I would also recommend it as a book to read around Christmas time because there are a lot of Christmas vibes in it, including a barn full of Christmas decorations. Sadly, this just wasn’t my cup of tea. I’m giving it 2.5 brownies. 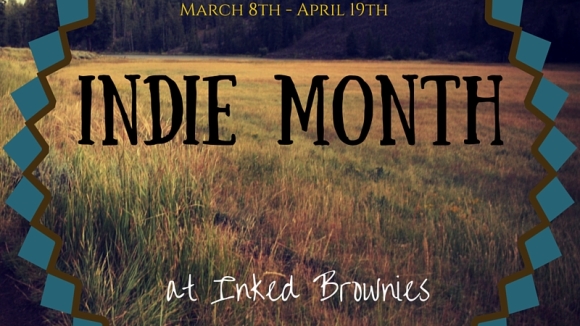 Due to a lot of unforeseen events during the past weeks, I’m behind on my Indie Month [...]