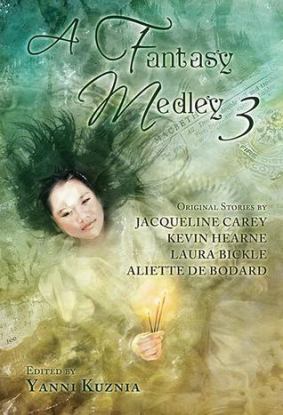 Aight, even though I only gave it 3.5 stars in total, I immensely enjoyed reading Rogues last year. I always thought I wasn’t into short stories, yet not only Rogues but also this Fantasy Medley proved otherwise.

This short story collection contains four stories by four different writers. The fact that it’s called a medley made me think it were four similar stories, but none of that was true. Each story is quite different from the others, which was something I really enjoyed. I’m going to rate each story separately:

“Goddess at the Crossroads” by Kevin Hearne

A story based around the protagonist of the Iron Druid Chronicles: a male druid called Atticus. It starts off with him sitting by a campfire with his apprentice. He’s telling her a story of how, in 1604, he disguised himself as the French Marquis de Crèvecoeur so he could get near to Shakespeare. After he succeeded in this, he and Shakespeare went on a witch hunt together in the middle of the night and here we are told of how Shakespeare used this experience for writing about Hecate and the three other witches in his ‘MacBeth’.

I have to shamefully admit that I’m quite ignorant when it comes to Shakespeare. I have a few books of him on my shelves but never came to reading them. So when someone mentions Shakespeare, I can only think of the movie Shakespeare in Love or conjure up an image of Leonardo DiCaprio in his early years. But I’m digressing…My point was that I’ve only heard of MacBeth, but don’t know what it actually entails, which I guess kinda sucks when it comes to fully appreciating this story.

However, I liked it anyways. Sentences like: ” “You don’t read Hamlet and think, “This man could not avoid stepping in shit every day of his life.” ” are priceless to me.

It didn’t really strike my definition of Fantasy, but there was paranormal stuff, gory stuff, humour and druid powers. Healing charms? Awesome! Makes me interested in reading the Iron Druid Chronicles for sure.

A very different story involving Anya, an arson investigator for the Detroit Fire Department who also happens to be a powerful spirit medium who can literally devour spirits! She has a salamander familiar named Sparky, who can track down spirits and is invisible to the regular human eye.

When Detroit is celebrating yet another year of banishing the evil Nain Rouge (Wikipedia: “In 2010, a community-based movement began a tradition of a costumed community parade in the Midtown/Cass Corridor neighborhood. Called the Marche du Nain Rouge. At the conclusion of the parade, an effigy of the imp was destroyed, thus banishing the evil spirit from the city for another year. Each year, parade participants and spectators are encouraged to wear costumes so that when the Nain Rouge next returns, he will not recognize the persons who once again ousted him from the city limits and thus will not be able to seek personal vengeance.”), Anya spots a gnome running through the streets while setting things on fire with his glowing hands. It soon turns out she’s pursuing the ACTUAL Nain Rouge, who’s now a destructive fire elemental.
Along the pursuit, she meets up with Charon, a paranormal something guy who’s job is to bring bad spirits and demons to Hell.

While I enjoyed this story in general, there were some aspects that threw me off a little. Like a few revelations that were made which were quite a big of a deal, but a bit out of proportion for a short story. While I’m sure the fans of the Anya Kalinczyk-series, where this story is set in, will appreciate these facts, new readers like me are just bound to be a tat bit baffled by it. It’s like showing someone who’s never heard of  Star Wars the few seconds where Darth Vader tells Luke he’s his father. It’s seemingly a very important piece of information, but all you can do is shrug then, right?

Reasons I did enjoy this story is that it’s fast-paced and fun and reminded me of this at one point: 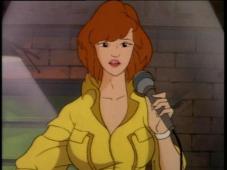 Damn, I never noticed she was this busty before

(Anya is nothing like April O’Neil, but badass chick running through a sewer mkay.)

The ending was pretty cool as well and a giant invisible pet salamander just screams awesomeness.

“The Death of Aiguillon” by Aliette de Bodard

This story takes place sixty years prior to the start of the Dominion of the Fallen-series. The first book came out in August 2015 and I’m very curious about it after reading ‘The Death of Aiguillon’.

It’s a dystopian story set in a Paris which is suffering from a big war, a magical war between the Houses spread out over the city. Houses are like factions, living in mansions, each mansion occupied with a rich, magical ‘family’. Huyen, a kitchen maid at the House of Aiguillon has been able to escape while soldiers murdered pretty much the rest of her House…except for a Fallen called Mandias, a bit of a dark angel you might say.

Houseless people now live a grim life, having to live in camps and kill and scavenge things just to survive.

It’s not easy to describe what this story is about without giving too much away. All I can say is that this is some fantastic world building with such a grim atmosphere, you can’t help but being dragged into it.

“One Hundred Ablutions” by Jacqueline Carey

This was a very interesting and enjoyable story. At first, I assumed all the characters were human, but it turned out they are part of completely different races. The author lets you discover these things bit by bit, which is great for building up the plot.

I loved the world setting. It reads a bit like it’s taking place in some Arabic country, with a desert close by and the Shaladan all having Arabic names. The characters were well defined, especially for a short story, and everything just adds up in the end. There are no cliffhangers, open endings or whatnot; just a finished story.
That doesn’t mean there isn’t a possibility of delving deeper into this world. I know I, for one, would love to read more about it!

One of the races is the Jagan, which reminded me a lot of the Khajiit from the Elder Scrolls video game series. That certainly adds another factor of coolness to the story. 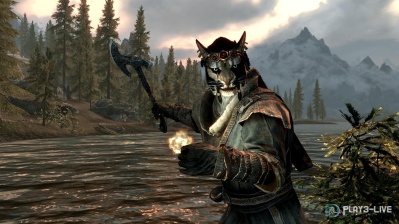 All in all, I don’t know why this book has such low ratings on Goodreads. I certainly liked it and if you’re into Fantasy or just paranormal stories, I would certainly recommend reading it when you get the chance. It might even get you to love short stories as much as I do! I’m giving it 3.5 brownies in total.

Edit: I do have to say I think the cover is a bit shite, but that might be just me.

An ARC of this book was provided by the publisher via Netgalley in exchange for an honest review.

Timothy Other: The Boy Who Climbed Marzipan Mountain by L.Sydney Abel