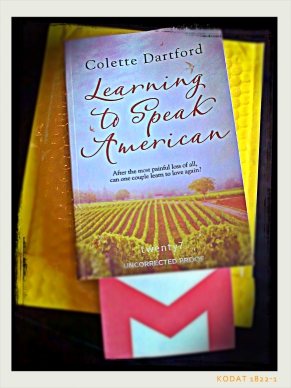 This is kind of a genre I usually don’t read unless I either really feel like it or my mother-in-law brings it along. None of these two things really applied here during the past couple of weeks, yet I still couldn’t wait to get started on it! Probably because I really liked the cover and the idea of reading a story set in Napa Valley (in my imagination, it’s like Italy with English speaking people in it). I’m glad I prioritized this book because it turned out to be pret-tay good!

“Having suffered in silence since the tragic death of their young daughter, Lola and Duncan Drummond’s last chance to rediscover their love for one another lies in an anniversary holiday to the gorgeous Napa Valley.

Unable to talk about what happened, Duncan reaches out to his wife the only way he knows how – he buys her a derelict house, the restoration of which might just restore their relationship.

Colette Dartford’s debut novel, Learning to Speak American, exploring whether a parent can ever truly move on from the death of a child. And, after all the heartbreak, whether Lola and Duncan can learn to love again.”

This wasn’t the typical mushy love story. I would say it’s more about intense emotional pain, depression, and how to climb out of this well of sadness and start anew.

Lola and Duncan Drummond are living in a huge house in a Somerset village in England. It’s been almost three years since their only daughter, Clarissa, died in a horrible accident at the tender age of eight (the story slowly unfolds to what happened to her exactly). Lola and Duncan’s marriage is falling apart because of it. They hardly speak to each other. Lola is lethargic and Duncan doesn’t want to talk about Clarissa, pretending like she never existed, out of the guilt he feels regarding her death.

When they’re ‘celebrating’ their 20-year anniversary, Duncan decides to take Lola to San Francisco. When they head out to Napa Valley, they discover an old worn-out house in the middle of the countryside that’s for sale. As soon as Duncan notices the spark coming back into Lola’s eyes, he decides to buy it for her, in the hope it will distract her from her sadness and get their life back on track eventually.

While Lola thrives at the prospect of restoring the Treehouse (that’s what she calls the house because it reminds her of one), Duncan’s business is quickly going to hell. He has been experiencing panic attacks ever since Clarissa died, yet now they strike more relentlessly than ever before. Duncan’s way of dealing with it all is to seek out anonymous sex(without Lola being aware of any of it, of course). Only this time, he meets a young Russian prostitute and soon takes the anonymous part out of the ordeal.

In the meantime, Lola is alone most of the time, either in England or California. The neighbours of the Treehouse, an older couple called Mike and Joanne, are incredibly social people and they welcome Lola like a daughter of their own. With Duncan being the distant one now, both physically and emotionally, Lola finds herself attracted to another one of her new Californian friends, Cain McCann, an easy going, young, and good-looking surfer type of guy.

Do Duncan and Lola need this to come closer to each other again? Or is it the beginning of the end of their marriage? That’s what kept me reading and reading because I was dying to find out!

Learning to Speak American is Colette Dartford’s debut novel, but to me, it seems like she has been a very experienced author for a long time! The writing is smooth, with the right balance between ‘fluffy’ and distinguished language, so it didn’t make me feel like I was reading the latest novel in a Harlequin series (something which I was afraid of at first).

As for the characters, I liked some more than others. I could empathise with Lola, but sometimes I thought she was overreacting quite a bit (like walking out of a diner because someone asked her if she had any children). The whole luxurious lifestyle is something I couldn’t really relate to as well. I think Lola is definitely more of a girly girl than I am. Other than that, I liked her and her love for redecorating and living in the countryside opposed to in a noisy city.

Duncan. Well, I guess he meant well with some things, but other than that, he’s the regular stuck-up jackass you tend to meet at fancy dinner parties. I would’ve left him ages ago. Lola felt comfortable in living a sheltered and protected life and I guess that’s the main reason she stayed this long with him. Yet, damn girl. She didn’t know this, but not only is he a bastard, he’s a cheating one as well! Some people say it’s not cheating when it’s only sexual. Some people even take it as far as to say that having sex with a prostitute doesn’t count as cheating either, just because you’re paying for a service. I’m definitely not one of those people! The whole thing repulses me, and so does Duncan.

Cain McCann, what to say about him. He was a nice guy, at least, but could’ve used a little more depth. It feels like such a bland character now.

The other Americans sounded way too American to me. Every time an American character said something, I instantly heard it in a southern dialect in my head. While they live in California! I think it’s because most of their dialogue sentences start with a verb. Maybe that’s how real Americans truly talk, I’ve only ever heard Canadians and two Texans in real life. Somehow, I highly doubt it, though…

I think Colette Dartford really did a great job at depicting a painful relationship. It felt very realistic (and painfully familiar at times when thinking about my own previous relationships).

As for the settings…

A house called the Grange in Somerset 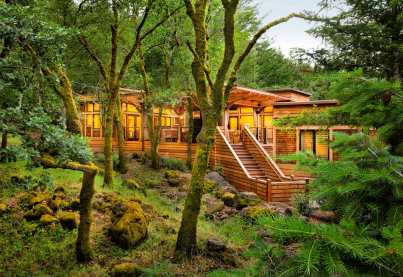 …nothing wrong with those right?!

Even though I have no strong love for horses, I didn’t mind the horse talk because the author only restricted it to a few chapters here and there. The wine talk, however, got a bit on my nerves at times. Probably because I know shit about wines and don’t like it when people become all pretentious about it. Then again, it’s freaking Napa Valley.

I’ve got two more short points of critique and then I’m moving on to my rating!

1. A Blackberry? Duncan’s constantly referring to the importance of his Blackberry, which makes me wonder if this was written in 2006 rather than more recently? Last time I heard about a Blackberry was on Oprah.
2. I had mixed feelings about the plot twist in the end. It makes sense new beginning-wise, but it didn’t seem very realistic to me.

I’m giving it 3.5 brownies based on my level of enjoyment.

*****
I like to point out again that this is by no means a bad rating. I rarely give 5-star-ratings, meaning that books that I immensely enjoyed often get 4 or 4.5 stars as well. 3 stars mean I liked it and was entertained. I should probably put this somewhere else as well for all to see 😉
*****

​A big thank you goes out to Midas PR, Twenty7 Books, and Colette Dartford for being so kind to send me my first physical ARC copy. I was giddy like a schoolgirl when I received it in the mail!

10 Comments on Learning to Speak American by Colette Dartford 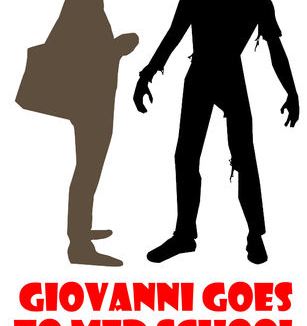