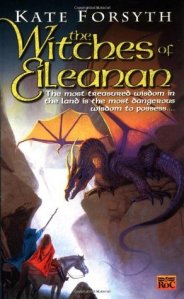 The first 10 pages or so felt like coming home to me. I have a severe sleeping disorder for years now and one thing that helps me to fall asleep is imagining myself lying in a safe, often magical, place that keeps out all kinds of evil lurking around outside of it. I’ve fallen asleep in Tom Bombadil’s cabin, Badger’s house in a tree in the Wild Wood, Hermione’s magical tent, Robinson Crusoë’s cave/fort, in amazingly tight locked rooms in even tighter locked buildings in the world of The Walking Dead, in the arms of John Snow, or being sleep sandwiched by Aragorn and Legolas. And so forth, you get the idea.

The first pages of The Witches of Eileanan described a secret tree house, which should be so safe, I felt like packing my bags and moving up there right away. To find the entrance up in the trees already seemed practically impossible, then getting in required a trick and once inside, the rooms go all the way down to the bottom again. I’d like to sleep there. Now.

So as I was reading this with the thought of “I’m so going to give this 5 stars/oh my god, this is amazing”, I became slightly disappointed when the impenetrable treehouse turned out to be quite penetrable after all. In fact, it didn’t even take a full chapter to be destroyed almost entirely.

This whole “Phew, we’re safe now…Oh no, foiled again!”-thing was a recurring theme throughout the entire book. It sometimes felt like watching a ‘Revolution’-episode, where people get captured, escape, get captured again etc., etc. No wonder it got cancelled recently. Don’t get me wrong, it’s good for a story when not all things go according to plan. There wouldn’t be much excitement left now would there? In this book, however, I feel like it’s sometimes a bit too much. Like a wild goose chase that never ends.

This, and the sometimes overly complicated political aspects of the world the story takes place in, made me drop my rating from 5 brownies to 3.5. I’d love to give it 4 brownies because I truly DID enjoy it. Yet, then I think of other books I’ve given 4 brownies to, and they’re just better. Period. While 3 brownies, on the other hand, would sell this book short.

I’m anxious to start the second book in the series as this one abruptly ended with a cliffhanger. Small note for the next one: I hope it includes a freaking MAP! Since there’s a lot of traveling going on plus the depicting of other nations/tribes/races with their accompanying regions, it would sure help giving a better estimation of the actual distances. 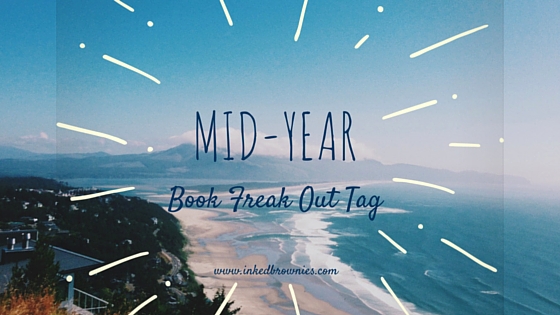 Last week, I was tagged by the lovely (and smutty) Jill from Rant and Rave About Books. Go check [...]