Look at that beaut’ of a cover guys! How could anyone walk past this in a bookstore and NOT want to read it?! And then the blurb: witches, tiny dragons, swamp monsters, lunar magic…this book had all the ingredients for me to drop everything and just read! Which is why it turned out to be even more disappointing than it would’ve been without the great expectations…

“Every year, the people of the Protectorate leave a baby as an offering to the witch who lives in the forest. They hope this sacrifice will keep her from terrorizing their town. But the witch in the forest, Xan, is kind and gentle. She shares her home with a wise Swamp Monster named Glerk and a Perfectly Tiny Dragon, Fyrian. Xan rescues the abandoned children and deliver them to welcoming families on the other side of the forest, nourishing the babies with starlight on the journey.

One year, Xan accidentally feeds a baby moonlight instead of starlight, filling the ordinary child with extraordinary magic. Xan decides she must raise this enmagicked girl, whom she calls Luna, as her own. To keep young Luna safe from her own unwieldy power, Xan locks her magic deep inside her. When Luna approaches her thirteenth birthday, her magic begins to emerge on schedule–but Xan is far away. Meanwhile, a young man from the Protectorate is determined to free his people by killing the witch. Soon, it is up to Luna to protect those who have protected her–even if it means the end of the loving, safe world she’s always known.“

I’ll just divide this review into pros and cons to make it easier for me to keep it organised and easier for you to read it!

– There are a lot of strong female characters present.

– You can discover several elements from classic fairy tales such as Hansel and Gretel, and  Little Thumbling.

– Glerk, the friendly gross-looking Swamp Monster. Who doesn’t want a scary looking monster for a friend? It’s the entire reason I’m the proud owner of an Old English Bulldog!

– Fyrian, the tiny naive dragon with ADD. He reminded me of the original Toothless a lot and we ‘all’ know how much I love him!

– The repetitiveness of the story. One of my Kindle notes on this said:

“If I have to read about Luna’s magic seeping out of her pores one more time, I’ll eat my fucking sock.”

– The magical realism. If I read a fairytale, I want it to be a 100% fairytale and with none of that emotional metaphorical nonsense.

– The length of the book. It could have easily been cut by a 100 pages if you take out all the redundant parts.

-This is supposedly Middle-Grade fiction, but I found it a bit too dark for that at times. Especially in combination with the magical realism. No 10-year-old wants to read about depressed grownups being drowned in magical sorrow. I’m aware that most of the classic myths and fairy tales are also quite dark and have lots of metaphors in them. Yet it’s all about being subtle, which wasn’t the case in The Girl Who Drank the Moon.

-The male characters are depicted as ignorant simpletons. Which, as a self-proclaimed feminist, shouldn’t be that much of a problem *winks*, but I like to see a certain balance between the genders.

-The story tends to drag on and on. I had a hard time ploughing through it at the end.

The concept is nice. Combining nature with magic and weaving it into a fairy tale is fantastic. Sadly, it was poorly executed in this one. I’m giving it two brownies, meaning it was okay. I’d really like to see a properly edited version some day, though!
Not really recommending it. However, if you’re a big fan of magical realism, you might be able to appreciate this book a lot more than I did.

Thanks to Algonquin Young Readers for providing me with a copy via NetGalley in exchange for an honest opinion!

33 Comments on Review: The Girl Who Drank the Moon by Kelly Barnhill 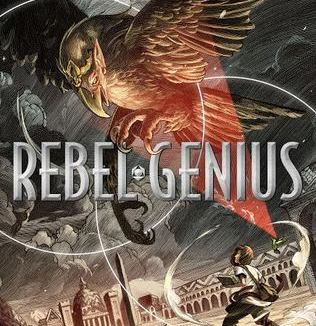